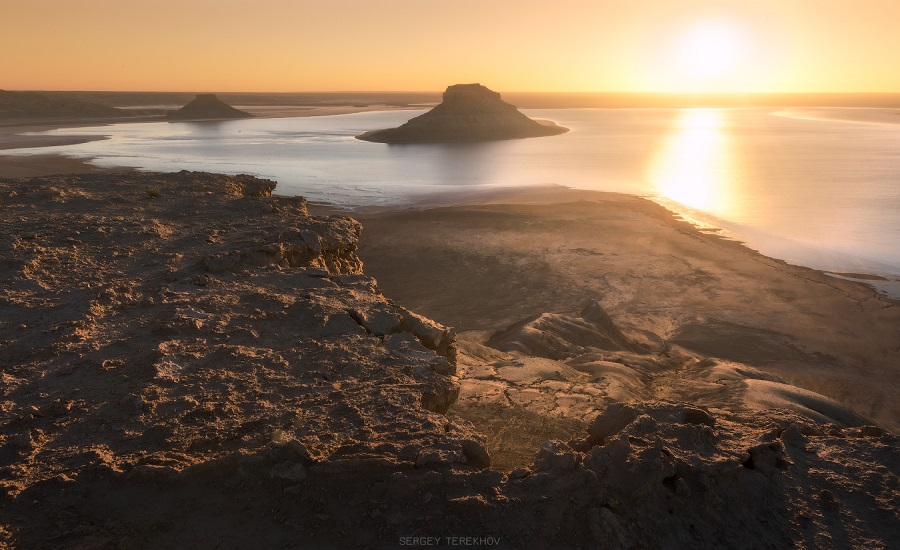 Walk around the cape. Sightseeing at ancient burial places and settlements. Coffee break, then move to the Karakie valley near the village of Eralievo.
According to one version, Karakia translates as "Black mouth". The pit basin is huge. The deepest mark of Karakia is in the southern part and it is -132 m below the level of the world ocean level, which gives it the status of one of the deepest in the world. At this point the bottom of the depression is covered by an extensive salt marsh called Batyr (a hero). There are several hypotheses about how this valley was formed. For one of them – as the result of a grandiose processes of wind erosion, according to the other – a colossal seismic failure. More likely, the origin of all Mangystau trenches is related to the erosion of rocky and clayey rocks by giant waves of the retreating ancient Caspian.
Enjoying the panorama of the valley from one of the precipices. Lunch overlooking the hollow. Then move to the lowest point of the hollow. Return to Aktau city.
TOUR FEATURES:
The tour program is very intensive, almost all camp-to-camp transfers will be off-roads. You will need to get up very early and walk a lot in search of the best shots. All of this - in the desert, where the weather often changes: it can be very hot during the day and quite cool during the evening and night, and not accustomed person can can experience a dehydration. It is recommended to drink more water.

RECOMMENDATIONS on clothing and equipment:

Taking into account that in the evenings and at night can be quite cold, be sure to take with you:
1. Waterproof membrane Gore-Tex jacket and pants
2. Warm fleece jacket or Polartec jacket
3. Windproof jacket
4. Several sets of underwear, several pairs of socks and a pair of warm socks
5. Several T-shirts with short sleeves, shorts
6. Head torch with adjustable brightness and beam distance, several sets of batteries
7. Thermos for 1-1.5 liters, or other water container
8. Personal hygiene items, personal first aid kit, sunglasses, sunscreen, anti acarid remedy

You may also be interested in day tours in Mangystau >> 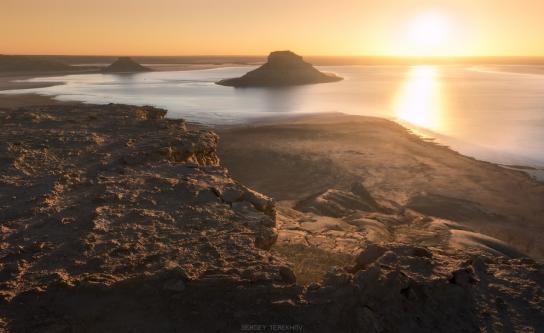